MTN 003 (VOICE) primary study results have now been published in the 5 February 2015 issue of the New England Journal of Medicine (NEJM). Initially presented in 2013 at the 20th Conference of Retroviruses and Opportunistic Infections (CROI), greater details of those findings are now presented through this peer-review journal publication. 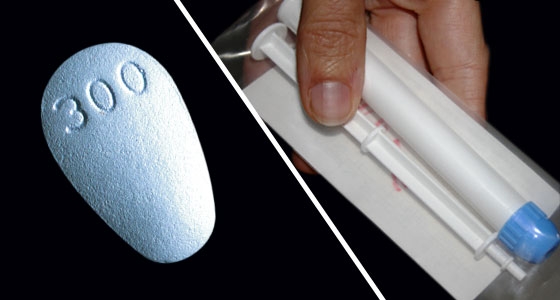 Primary study results of VOICE indicated that none of the three products tested was effective among women enrolled in the study. “What we’ve learned from VOICE has been extremely valuable. It’s been eye-opening for all of us involved in HIV prevention, particularly on trials focused on meeting the needs of women. We need to better understand women’s perceived motivations for participating in a trial, but more importantly, what products they will want to use,” commented Jeanne Marrazzo, M.D., M.P.H., from the University of Washington in Seattle, who led the study with Zvavahera Mike Chirenje, M.D., from the University of Zimbabwe College of Health Sciences Clinical Trials Unit in Harare.

MTN 003 was a major HIV prevention trial designed to evaluate whether antiretroviral (ARV) medicines commonly used to treat people with HIV are safe and effective for preventing sexual transmission of HIV in women. The study focused on two ARV-based approaches: daily use of an ARV tablet and daily use of a vaginal microbicide containing an ARV in gel form. Specifically, the study sought to determine the safety and effectiveness of three different products: an oral tablet containing tenofovir (known by the brand name Viread); an oral tablet that contained both tenfovir and emtricitabine (Truvada); and tenofovir gel, a vaginal microbicide formulation of oral tenofovir. VOICE began in September 2009 and was completed in August 2012. A total of 5,029 women were enrolled across 15 sites in South Africa, Uganda, and Zimbabwe. 630 women were enrolled locally at our clinics in Harare and Chitungwiza.

Tenofovir gel reduced the risk of HIV by only 14.7% compared to a placebo gel, a finding that is not statistically significant. Estimates of effectiveness for both oral tenofovir and Truvada were less than zero (-49% for tenofovir and -4.4% for Truvada). The study’s cohort analysis revealed a persistent pattern of non-adherence which began nearly at the study’s start, with a women’s nonuse early in the trial largely predictive of low adherence to product use throughout. Drug was detected in less than 40% of the samples of women from the cohort three months into the study. Most of these women had no drug detected in blood samples from later quarterly visits either, which was the case for 70% of women in the Truvada group, 83% in the tenofovir group, and 72% in the tenofovir gel group.

Further analysis found that women in the tenofovir gel arm who had drug detected in the sample taken at their first quarterly visit were 66 percent less likely to acquire HIV than those who did not have drug detected, a result that was statistically significant. In contrast, there was no association between product use and HIV protection with either of the two tablets.

“Although the numbers are quite small, and there are other inherent limitations with this kind of analysis, we are nonetheless very encouraged to see an association between tenofovir gel use and HIV protection, especially as we await the results of the FACTS 001 study,” said Dr. Chirenje, referring to the Phase III confirmatory trial of tenofovir gel used before and after sex, the results of which are expected to be reported at the upcoming CROI conference at the end of February.

March 11, 2021 Photo courtesy of the International AIDS Society A new award is being established to honor the late scientist, Dr. James G. Hakim, who died of COVID-19 in January 2021. The late scientist Dr. James[Read]

Today, Zimbabwe joins the world in celebrating the International Women’s Day (IWD) 2021. Celebrated on March 8 each year, this year’s theme is ‘Women in leadership: Achieving an equal future in[Read]